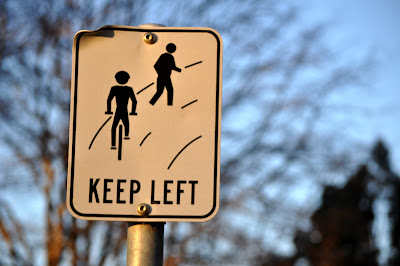 When Michael Salinger and I were teaching in Morocco, we were introduced to a new fashion trend.  Teen girls were wearing the shortest of short shorts over tights and patterned stockings.  They obviously had studied the student handbook, which probably said "no bare legs up to your bum" or some such language, and found a creative way to stay in compliance.  They saw their window, and they took it.

The CCSS are market driven, of that there is no doubt.  But much like commercials in between segments of a sitcom (say, the sitcom that masquerades as school reform) people will learn to live with them the same way we have learned to live with fast food, once size fits all, and bigger is better -- with a healthy dollops of irony and skepticism and a little of what Michael calls middle school logic, "Hey, they didn't say we couldn't!"

So, until the next set of standards is cooked up to be stuffed down the digestive tract of public education, creative teachers will be heartened to find that although the CCSS don't specifically mention writing poetry in the W strand, they don't say you can't write poetry as (say) informational text.  They don't say you can't write a poem to demonstrate understanding of point of view.  They don't say you can't write a persuasive poem.  What the heck is a persuasive essay anyway? Certainly that's more of a stretch than a persuasive poem -- persuasive essays don't even exist off the educational verbal playground.  Poets have been trying to change hearts and minds since the days of foot-binding.  If it was the intent of the marketing folks who created these standards to eliminate poetry from the curriculum, the CCSS are a pitifully poor attempt.

In RIT 4, it says that students should "interpret words and phrases as they are used in a text, including determining technical, connotative, and figurative meanings, and analyze how specific word choices shape meaning and tone."  But in the fine print it says, that these analyses will "serve as models for students' own thinking and writing."  In other words, it is in the reading standards that the CCSS recommend using poetry as writing models, not the writing standards.

That's one window.  There are plenty of others.  Those of us who know that poetry works as a means to lead young people to a better understanding of their world need to remain confident that jamming poetry into the windows of these standards will help young people grow in both their communication and thinking skills.  Subversive infusions of poetry may even help kids on those bubble tests that no one has ever linked to success or happiness in life.  It remains part of our jobs to open the windows and let poetry work in to work its magic.
Posted by sara holbrook at 11:16 AM 2 comments: 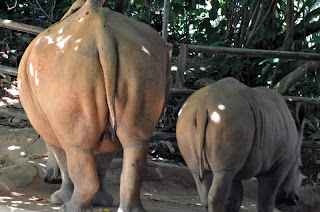 I recently wrote on a friend's Facebook wall, joking about emotional displays in public, that I had thrown up while watching Bonnie and Clyde. True story, no flu symptoms.

I have no trouble suspending disbelief in a movie. If someone sets a table for tea, I lean in to blow steam from the cup. When the bullets started flying into their roadster tearing Warren and Faye to pieces, I jumped around in my seat, taking it all to heart (and to the gut). That's when it happened. Barf.

Fact is, it was 1967, I was a teenager and had never seen anything like that before on the screen. I'd seen Spartacus, but that was from a time, oh like, a couple of hundred years before 1967, right?

Sometimes at school visits I ask kindergartners if the have seen Star Wars, and 94% of them say yes (the other 6% are braiding each other's hair, so this is not exactly a scientific sampling). This means they have seen bullets tear through bodies, dismemberment, decapitation, torture, and every type of mayhem very creative Hollywood brains can invent to visit upon the human body. Before they are six.

There is no putting this huge rhino back in the closet. It's out there. But I wonder if we maybe need to be having some more conversations about it. Instead of laughing at each other when we cringe (yes, I still cringe and get laughed at) and admonishing each other to toughen up, maybe we need to talk a little to kids about the differences between film and reality. That head shots aren't necessary, that people have families who love them and that's one reason you never shoot first and ask questions later. That people are people and that real life isn't a carny shooting gallery.

Michael's son Frankie was a primary student  on 9/11/2001. A few days after the tragedy, he asked, "when will the bomb hit here?" We thought he understood, we thought he felt safe, we thought he wasn't paying attention. He was.

Even though 1967 is to 2013 what 1921 was to 1967, kids listen when we tell them stories. When we tell them how it was and how it really is. Heros don't spray the room with bullets and then get the pretty girl and live happily ever after. Being strong means to be able to say the words, "I don't like that," not get off a head shot.

Frank and his brother Max grew up to censor movies for me, as in, "don't come in here right now Sara, this movie will upset you." Last weekend, my grandson Dan said something similar about a video game. This "protect Sara," action has become a family story to chuckle about.

Only, it's not a joke. Not really. It is and should be a discussion starter.

This year my resolution is to follow up my question about Star Wars with, "you know, that really isn't how most people settle fights. Mostly we don't shoot and chop one another to pieces. Mostly we talk things over. Sometimes we even use poetry. Here, let me show you."