Gatekeepers Through the Ages 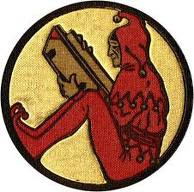 Once upon a time in the long long ago, parents were the gatekeepers of knowledge for kids. Sharp knives and matches were dispensed to kids on a need to know basis by grown-ups.

Over many generations, that dribble of knowledge begot kids doing their own thinking and writing books which begot libraries. Libraries begot gatekeepers called librarians who could say things like “ask your parents,” when kids wanted to check out bomb-making instruction manuals.

Then the little bomb-makers grew up and begot television which blew up a lot of gatekeeper duties until that medium begot the FCC which also gatekept things like movies and music which begot a lot of frustration among the next generation of bomb-makers. So they begot HBO and kids suddenly had full frontal answers to all their questions. This begot parent controls about the same time the Internet was being begot (begotten?) and that begot file sharing and blogging and that exploded old gatekeeping traditions such as editors and editorial standards and that begot a lot of nervous parents who rushed to their school boards who begot sheets of educational standards designed to limit the fire hose of knowledge streaming into the brains of our kids.

These school boards begot a lot of regulations limiting what teachers and textbooks could discuss with kids. But then the Internet begot knowledge gold-mines such as Google, Amazon, and the Discovery Channel. Of course the Internet also begot a lot of fool’s gold, so often when kids of all ages are doing research they have to act as their own gatekeepers in ascertaining if information contained therein has any merit beyond the perimeters of the Land of Urban Myth.

Which brings us to today where the Texas School Board has begot regulations dictating the number of times the word “Islam” is mentioned in a text book hoping this will limit kids learning about Muslims and begot the removal of udders from cows in textbook pictures to limit kids' HOLY COW knowledge of natural functions. A school district in OH can claim victory after winning their court case to limit teachers from deviating from the dictates of her school board and for letting kids read and discuss in a structured setting fiction that students could easily find themselves through a “if you liked this, you might like this” search on Amazon, whereupon that same student might buy the novel to be downloaded onto his/her phone and read or listen to it on the (gasp) school bus, without the guidance of a grown-up (a teacher, with Dancing with the Stars on, what parent has time for novels?) helping said student sift through the words to find what's true.

This outcome might beget frenetic knee-slapping, jester jumping hilarity if it weren’t so pathetic.
Posted by sara holbrook at 10:13 AM No comments:

Michael found this and I am pasting it right in here because we are THIS excited about our book club discussion about our new book on the English Companion Ning. If you are teacher and you haven't seen all the great resources available on this ning go there adn check it out! Developed by Jim Burke and some very dedicated teachers such as my friends Lee Ann Spillane and Gary Anderson, it is the best place to get answers, support and ideas for classroom teachers.


Vocabulary instruction out of the box! Notice how the creator of this video (Michael's son Frank) shows what the word is and does and also what it does not do. 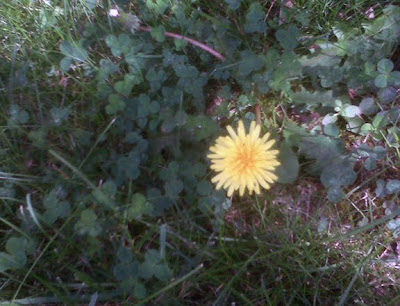 I took this picture with my cellphone about a week ago beside the driveway. It was the first week of October and this stubborn little dandelion wasn't being shy at all about crashing fall. Not a bit. And I've been wracking my brain to find this poem about dandelions standing around on street corners like rebellious kids and I can't find it on the internet. On my shelf. In my brain.

I found that Ray Bradbury sold newspapers on streetcorners and Yeats has a line in a play about a fool blowing a dandelion to tell time. Roughly a gazillion people liken writing ideas to behave like dandelion seeds (note to self, never use THAT metaphor).

So, I asked Salinger passing down the hall -- trying to find this poem, I tell him. Do you know it? "No," he says. "Give me a minute and I'll write one for you." Sure he could. So could I. But I'm sure the one I'm remembering is better. It is sterling. It captures the rebelliousness of the dandelion perfectly. Vachal Lindsey was into dandelions before he got into drinking Lysol and May Swenson had me noticing their little lion heads, but lost me at calling them sweet. I have now spent 2 hours looking for this perfect dandelion poem.

The dream of perfection pushing me beyond logic -- kinda like a dandelion blooming in October.
Posted by sara holbrook at 9:45 PM No comments: 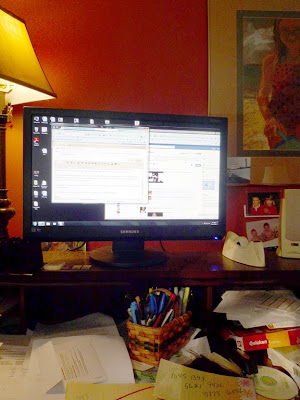 Where were you on 10/10/10? This seems like an important date, and I almost missed it. I mean, I was here, but where was I? In computer update limbo. Kicking with my software. Holed up in front of this blinking cursor. What kind of a memory is that?

A big date like this should be like a cornerstone in which we lay memorabilia, photos, reflections, artifacts evidencing the way things are today, on this day, on 10/10/10.

My grandmother used to tell me (and I heard this story SO many times and wish I could hear it just one more) that she turned 19 on the 19th day of October in 1919. She wore a white dress with lace on the sleeves. It was a big day.

Yesterday I wore khaki pants and a grey T shirt. What kind of an image is that to pass along to the grandkids? Surely there were songs sung, poems written, pictures drawn, stories crafted to commemorate this milestone? Balloons of fancy rose somewhere. Happiness squirmed. Where? How? Who?

I need some images to put in my memory bank to override this mess. 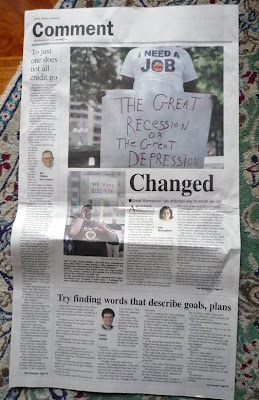 Comment
I NEED A JOB
The Great Recession
or
The Great Depression?
To just one does not all credit go.
Changed
Great Recession has affected way in which we live.
Try
finding words
that describe goals,
plans.
We want jobs now.


I'm not usually into these things, but this one kind of jumped off the pages of the Lake County Herald.
Posted by sara holbrook at 5:09 PM 1 comment: 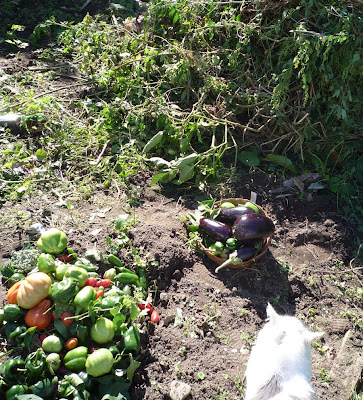 So this is what
it comes to
after all.
The promise of spring now
stacked sticks,
twisted vines,
faded blossoms,
all cracking up over lost suppleness.
Past the point of usefulness.
Uprooted.
After all those phases of the moon,
the sun and rain,
the hosings and the horse manure.
Most of its fruit
has simply been digested.
Still some of the garden’s flesh
hangs on, wrinkled and scarred.
This is what is left.
One last supper
and the rest stuffed into
a bag for collection.
Posted by sara holbrook at 9:10 PM No comments:

A Question of Mushrooms 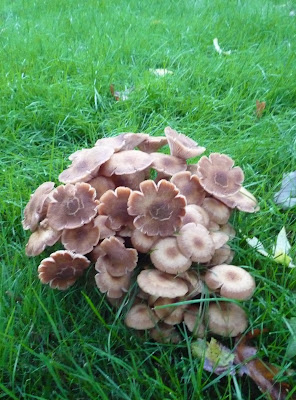 Mushrooms in the garden?

Mushrooms in the grass?

Mushrooms in the trees?

Is this too much to ask? 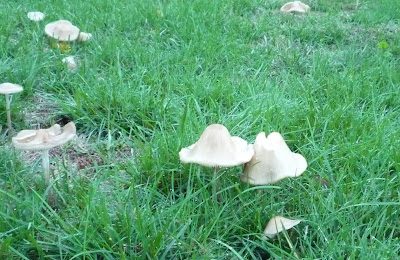 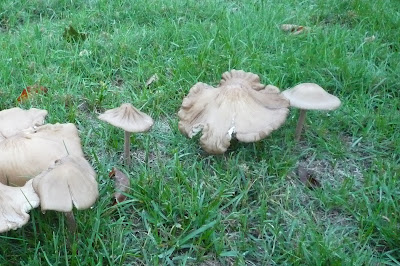 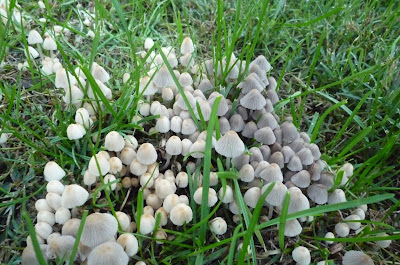 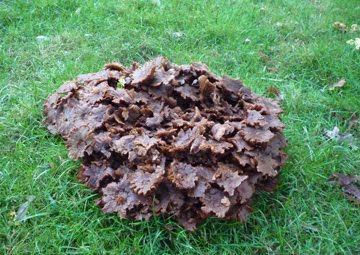 And those pictures are just from one half-mile walk around the block. Cleveland! Gotta love it.
Posted by sara holbrook at 6:03 PM 1 comment: 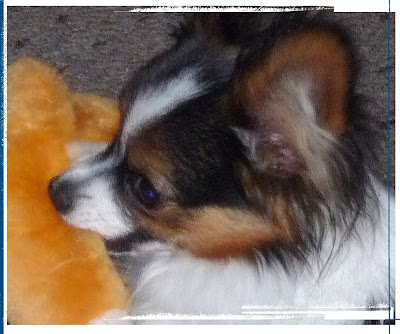 Fierce
is a 3 lb 8 oz dog
who
shivering with righteous fury,
tethered by a thread,
ears at attention,
chin extended into
a relentless chain of scalp-tightening yelps,
stands up to the back side of
an overstuffed cable man,
head under the tent of his truck,
before returning home to
release one more
harbored huff of indignation
as she settles in
by the heat hole with her
stuffed bear.
Posted by sara holbrook at 8:12 AM 2 comments: