The Love Song of Stephanie Lufkin 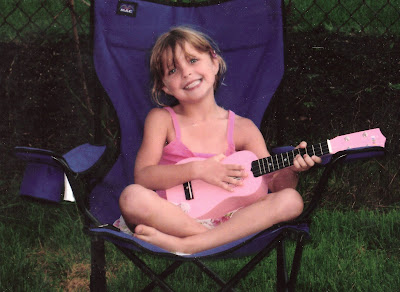 Maybe the sun was out that day. Or maybe Dennis Cox looked at me at lunch. Or maybe that was one of the 47 days I was dismissed early to have my braces adjusted. Probably it was a lesson that my teacher presented more than once, but drizzled out my ear after the quiz. Platelets. What are they? What do they do, exactly?

Given the fact that I managed to avoid science classes entirely after ninth grade biology (except for that astronomy class in college, an apocryphal amalgamation of math and science still capable of giving me night terrors), it is not surprising that a year ago if you had asked me what a platelet was I would have responded, "that's something in the blood, right?" I didn't connect platelets with clotting, the lack of platelets with brain bleeding or the true meaning of apocryphal.

Michael and I stayed with Debbie and Guy Cartwright in Phoenix last week while we attended IRA. Old friends of mine, new friends to Michael. Guy's daughter Margaret fought ITP in her childhood and like most kids, eventually outgrew its threat. He told us she got to a point that she could sense when her platelets were getting low, she'd be rushed to the hospital for an infusion. Because of other people's generous donations, platelet transfusions had been available for Margaret to help her out of crisis.

As Stephie faded from our midst last May, the hospital waiting room swelled with grandparents, parents, aunts, uncles, cousins, neighbors -- all of whom would have willingly opened their veins to help her, but by then, after three days in the hospital, it was too late. Today, Stephie's picture is on the front page of the ITP Foundation site and while we are all proud to see her there, we wish she were back here, singing along with Kelly Clarkston and Hanna Montana and cartwheeling across the living room.

I tagged along as my cousin Billie Holbrook donated blood last week and if you know anything about the blood suckers at the Red Cross, you know they didn't let me get away without giving a pint. I hadn't donated in years, I'm embarrassed to admit. And I had never given at a full service facility where they also take donations of platelets, a slightly more complicated procedure that takes 70 - 120 minutes. I had myself tested and it turns out I'm loaded with the things -- 273,000 per microliter. To put that in perspective, Stephie's level was 2,000 when she was admitted.

The Red Cross called me today to give me the good news that I am a viable candidate to donate platelets, which I will do for the first time next week because although it may be too late to help our Steph, it is not too late to help others.

We have all learned so much these past nine months. Learned about heartache, love, family -- and the blood that binds us together as human beings. We are continually and simultaneously propelled and stricken by the love song of Stephie. We want every person who ever zoned out in biology class to know and understand the importance of platelets.
Posted by sara holbrook at 6:35 PM 6 comments: 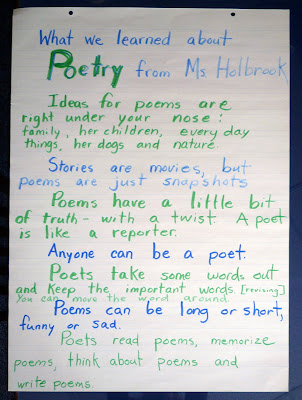 Leave it to the first grade to sum it all up. People write books about the hows, whats, and whys of poetry. I know. I have. But here the first graders at Skano Elementary, Albany, NY summed it up and their teacher recorded the whole business about poetry on one sheet, in nice bold letters. 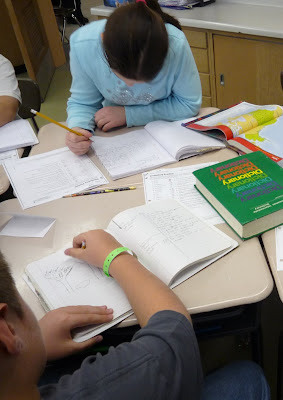 The fifth graders pulled out dictionaries, vocab sheets and social studies glossaries to draft their definition poems of geography terms. There was that moment when I introduced the concept to the kids, sitting with their writer's notebooks open and pens poised. Here's what, kids, I know you don't know me. I know you don't know these words very well. We're going to take these words you just met and you are going to turn them into poems and then present them to the class. No problem.

And then that moment. When they just looked at me. The "are you sure about this?" cloud briefly shadowed us all. Every teacher knows this moment. The lesson has been introduced, but in order for the lesson to fly, a slight suspension of disbelief is required. But then, poof. The cloud evaporated and the kids started writing, writing about the words and writing about their world. And then they took turns sharing.

Another poet/teacher admonished me a while ago, telling me it is never okay to ask everyone to share. I didn't argue (what's the use when someone is so sure), but I do that all the time. Share with a partner. Share aloud talking over top of one another. Take turns. Speak. Listen. Communicate. I mean, isn't that the entire point of writing? To share our ideas?

I'm not sure what happens to people between elementary school and adulthood, but I'll take the open-minded instincts of youth every time. I had a great time at Skano -- thanks to librarian Susan and all the teachers for prepping the kids so well and making the two days a learning experience for us all.
Posted by sara holbrook at 8:56 PM 2 comments: 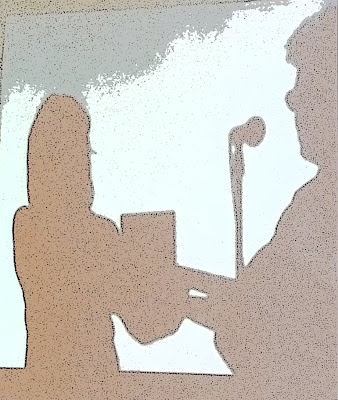 Teachers may indeed sometimes sing the blues, but when they are accompanied and led by teacher/musician Ted DeMille, the songs are bound to lift the spirit. Colorado Council of the IRA is one of the most happenin' state conferences of the year and I was lucky enough to be invited to present there last weekend. It was great to see the sun, the mountains, and connect with friends from all over the country. Many many thanks to Ruth Larson for the invite.
Posted by sara holbrook at 8:37 PM No comments: 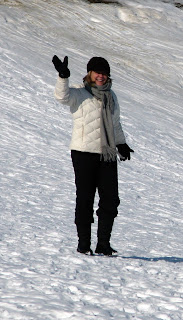 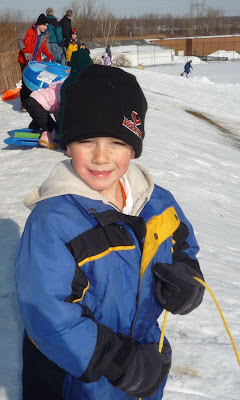 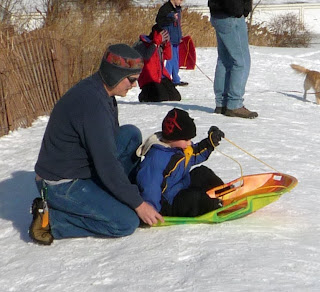 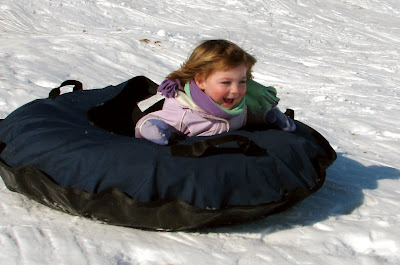 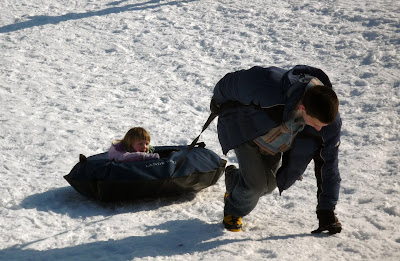 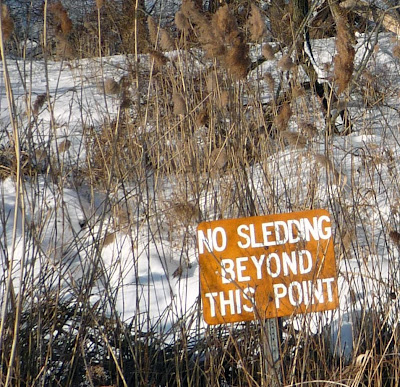 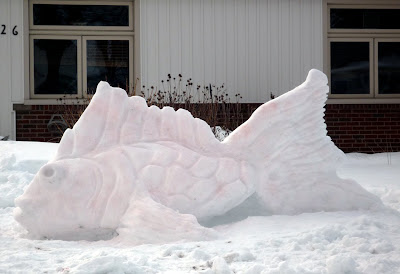