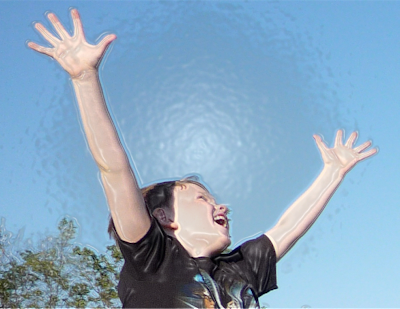 I received this email from my daughter Kelly yesterday.  Go Kelly!  Go Danny!  Following in the family tradition of being plain-clothes revolutionaries.

Since the beginning of September the dreaded AR points have been hanging over Danny's head.  At Danny's school 4th graders need 12 points a month to go to the carnival at the end of the year.  The minimum monthly points required at his school for 4th graders is 4 points or you get disciplined by the principal.  She will "cut a corner" off your behavior card.  I'm not sure what that even means but each student has one card and I imagine you only have 4 corners.  What happens when they're all cut off?  Public stoning?  Jail?  No idea but according to Danny, it isn't good.

But Danny has never been the type of kid to just do the minimum to get by, so 4 points was never good enough for him.  He was aiming for 12!  Because that's what our family does.  We don't aim for C's we aim for A's...  right?

During September Danny read some Joey Pigza books do get the points.  But the language, topic and mood of the story was difficult for Danny so he begged me to sit and read with him (or, to be quite honest, to him).  That was hard for me because his younger brother having Autism needs a lot of help with homework and everyone tries to get their homework done right after school.  It was hard for me to help two boys at once so the reading became a stressor and was aIways pushed off until later in the evening when we were all exhausted.  And when Dad came and visited he saw Danny was so stressed out about finishing his book before the end of September (so he could take the test before the end of the month), Dad and Danny sat and finished one of the books together.  Then the same thing happened when you came to visit in October, remember?

After that Danny was done with Joey Pigza and grabbed "The Lightning Thief."  He was aiming high!  12 points for one book.  All he would have to do was read one book for the whole month and take the test and get his points.  One problem, he couldn't get through it.  Not on his own.  He begged me to read with him again because he just wasn't getting into it.  Plus it was taking him a long time to read and that was stressing him out because he needed to finish it before the end of the month to get the points in.

Around the end of October, after he lost the school government election to the kid that ran on the premise that he had the most AR points in their grade, I sat down with a defeated Danny who was absolutely beginning to HATE reading.  And he told me he was feeling "stupid" cause he couldn't get the reading done.  The AR system, the pressure from the school (whether deliberate or perceived), the other kids bragging about their AR points and the carnival were destroying his love of reading.  It was time for something drastic.

I had to have a sit-down with Danny.  I explained to him how absurd and pointless this AR system was and that in this case, we're going to make an exception and just do the minimum required.  What a lesson I was teaching my son but it was time for an intervention.  I told him to forget the carnival and I would let him stay home from school that day and take him to a movie and to ice cream, whatever he wanted.  I told him to aim for just 4 points and month (do we didn't have to deal with the dreaded corner cutting) and only choose the books that he likes to get the points.

It is now 3 weeks into November and he's just about to complete his 4th Diary of a Wimpy Kid book.  The type of books he loves.  Now he comes home from school, reads on his own curled up in the big chair in my family room because he loves the story, the characters, the humor.  He loves reading again.  And now he slaps the book on the coffee table when he finishes and says "done!"  And then walks outside to jump on the trampoline.  :)

The funny thing is he's still on track to get the points he needs for the silly carnival at the end of the year.  But now it's not about that anymore.  He's not reading for points he's began to love reading again.

Today he asked me if he still gets enough points for the carnival at the end of each month, if we can still skip school the day of the carnival and spend the day together.  Of course I told him we could.
Me
Posted by sara holbrook at 10:17 AM 3 comments: 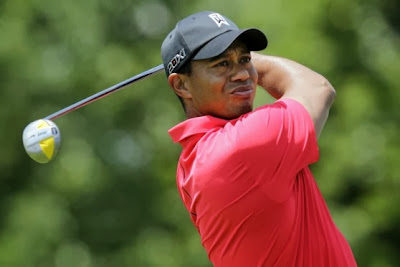 Imagine this.  You are called into a classroom and asked to hunch over images of Tiger Woods swinging a golf club.  You answer a set of questions beside the picture.  These questions have been developed not by a golfer, but by one who has mastered the art of writing formulaic questions about golf.  You then compare Woods’ image with the image of another golfer.  You are asked to formulate an argument on why one of their swings is superior, similar or different to the other’s, what makes his grip effective, how his natural talent is reflected in his follow through.  All this and you haven’t picked up a golf club since second grade when you awkwardly whiffed a few balls in the backyard.

So, you read other people’s analyses of Woods’ swing to help unlock the mystery.  You read about his childhood, his daily workout regime, his marital troubles.  You have to fill five paragraphs with your analysis, so you come up with three strong arguments and dig through other people’s analyses to support your observations.  You will be graded on how well you are able to cite the experts, so you include that gifted talker with the 80s blow dry on ESPN, a bald headed black commentator who moonlights as a spokesperson for a golf ball manufacturer, and a Dallas Cowboy Cheerleader, evidencing your range, your respect for diversity, and a propensity to think outside the box.

Welcome to the world of literary analysis as set forth by the Common Core (CCSS) which ask students to “demonstrate a knowledge of figurative language” but do not suggest that kids might write a poem to do so.

NOTE: The standards don’t say you CAN'T write a poem to demonstrate this knowledge, but since it is difficult to evaluate a handmade poem in terms of automated aggregates, the CCSS remain mute on the matter of the construction of poetry, (see above re: they don’t say you can’t).

You know how I learned to use figurative language?

Poetry is powerful language.  It is precise and concise.  The writing of poetry helps kids perfect their communication skills.  Short and (not always) sweet. Poetry, the original tweet. (oops, rhyme, academic points off). Poetry is both an art form and a craft, perfectly suited to be vehicle for learning language and content area skills. Unfortunately, most of us have been schooled to study poems rather than getting into the swing of things, which was why Salinger and I wrote High Impact Writing Clinics, to give teachers some, starter ideas for constructing real (handmade) poems as a means of understanding how language works. And the reason we put these ideas on projectable slides is so that students wouldn't be hunched over in mystified isolation, but heads up, ready for human interaction as they read and discuss poetry as a prelude to writing their own.

So. Can we compare writing poetry to a summer’s day as we proceed through the winter of our CCSS educational discontent and stay focused on what really matters (kids’ thinking and communication skills) and refuse to cloud the splendors of poetry with relentless analysis with no escape hatch for self-expression?

Sonnet XXXIII
Full many a glorious morning have I seen
Flatter the mountain tops with sovereign eye,
Kissing with golden face the meadows green,
Gliding pale streams with heavenly alchemy;
Anon permit the basest clouds to ride
With ugly rack on his celestial face,
And from the forlorn world his visage hide,
Stealing unseen to the west with this disgrace;
Even so my sun one early morn did shine,
With all triumphant spendour on my brow;
But out, alack, he was but one hour mine,
The region clud hath mask’d him from me now.
Yet him for this my love no whit disdaineth;
Suns of the world may stain when heaven’s sun staineth.

P.S. I'm not sure I understand all that Shakespeare means here, but I sure like the parade of images. Here's hoping we give each child more than one (alack) hour of poetic sunshine on their brows.
Posted by sara holbrook at 11:36 AM 1 comment:

As Spine Straightening as a Rooster Crow 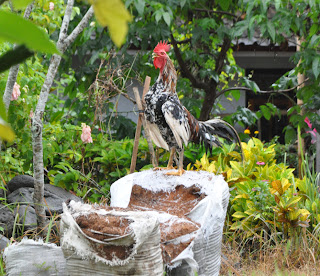 Thoughtlessly this morning I brushed my teeth with the tap water. I cooked oatmeal over a steady natural gas flame in a heated home and then poured it over frozen blueberries.  When I saw the clock blinking on the stove, I realized we must have had a power outage in the middle of the night, but a quick time check with my cell phone told me that it was for less than a minute.  I stood in my bathrobe and slippers, clothes made in another part of the world just so I have something to lounge around in, and my mind flashes to…mothers bathing their children in littered streams in Bali, bundled up students on benches in an unheated immigrant school in wintery Shanghai, the 14 hours power outages that are common in Zimbabwe, the garment workers in Dhaka, the women selling small bags of grain that they have beaten into flourly submission beside the road in Ghana for whom lounging about is something you save for after you’re dead.  I searched my mind for images of people I saw in Africa who had shared as many mornings with the world as I and came up empty.

What’s it like to travel?  It makes rinsing out the oatmeal pan an act of wonder.
Posted by sara holbrook at 10:01 AM 2 comments: