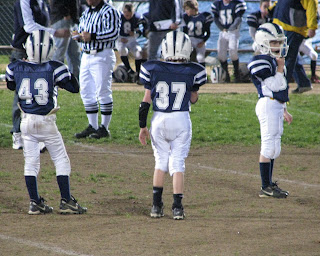 Here's what I know about football: Someone shouts out a number, another guy hikes the ball, and then everyone either makes a break for it or they fall in a pile. They get four chances to score and then they have to turn over the ball and let the other team have a chance to break for the goal. That's the sum total of what I know. Mostly I have always felt that football was invente 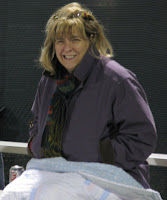 d to keep the men folk occupied on Sundays so that I had that time to myself, which is the sole source of any warm feelings that may have visited my heart over the oh so many football seasons of my life.
That was up until Ben put on pads, and there I was last week, under the lights at Fireman's Field 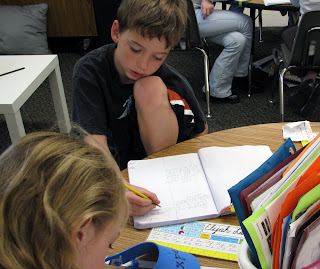 in Purcellville, VA (and a quilt) trying to learn what exactly a tight end does. Exactly. Which definitely puts me in the category of being not smarter than a third grader, because all those guys seemed to know exactly what they were doing and who they were supposed to hit when. Impressive. Ben's team didn't chalk up a win because of the (are you kidding me?) passing game of the other team, but they fought right up to the horn blasting in the fall air. 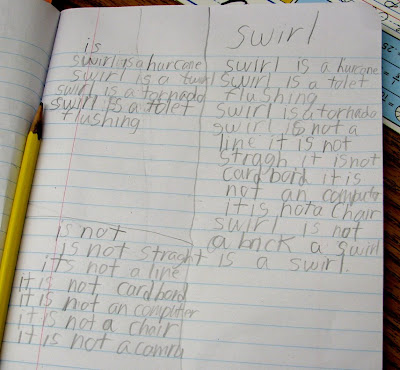 So, what do you think? Can a tight end make a pencil point conversion and write poetry? Can a clear eye and determination on the field translate into words on a page at school the next day? Yeppers. Look at ol' 37 as he bends into his writing, creating a Swirl of a poem.
This was the first time I ever tried writing definition poems with a third grade class -- and they were so great. I learned that a swirl is not cardboard or a straight line and that teeth can't grow hair. Working from their vocabulary words for the week, conferring with partners, co-composing, and writing on their own, the whole class teamed up to make some pretty cool poetry.
Posted by sara holbrook at 9:17 PM