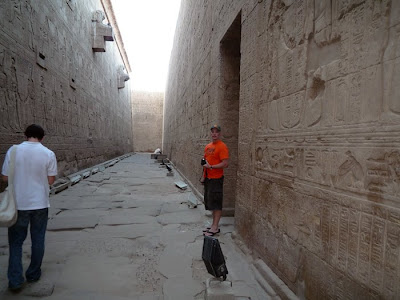 In Egypt the hieroglyphics are like, everywhere. I mean the Ancient Egyptians had a lot to say. After someone stumbled on the Rosetta Stone, 20th century scholars could translate these pictures into Greek. Since I can’t read hieroglyphics or Greek, I took to making up my own translations and decided each of these series of pictures could be read like a poem. And everyone knows a poem is open to interpretation, right?

Like, I think this one is advocating fitness. Read from left to right, you want to lay off the punch bowl, walk, read, eat like a bird, play a little golf, climb some mountains, eat like a bird and swim with the ducks. Watch out for yo yo dieting. A precursor to the women’s magazine section in the check out line. In fact, considering all the food stuffs pictured on the walls, this poem fits right in.

Although, doubtful the ancients needed a prescribed workout routine since their favorite pastime in the off season was rolling 1-2 ton blocks of limestone and granite up steep slopes of mud brick to insane heights and righting obelisks the size and weight of four story buildings with ropes, pulleys -- all powered by sweat. 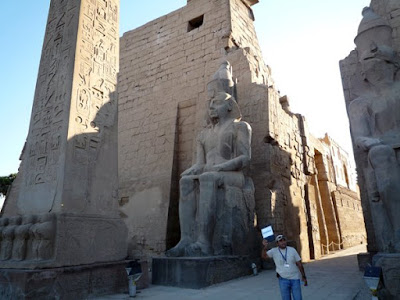 After taking roughly 4000 pictures of these pre-phonemic awareness context clues, I noticed that none appeared to be about hearts or romance. This one seems to document the fact that we need bees to pollunate the grain. Important reminder to a modern age. 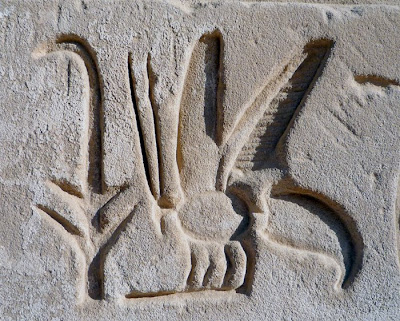 Apparently those sentiments didn’t begin to be recorded until the Greeks. Despite what their hearts may have been telling them, the Ancient Egyptian royalty were seriously into marrying their brothers, sisters and first cousins, thereby compounding sibling rivalry with marital discord. Just imagine the slammed 48 foot doors caused by those arrangements. 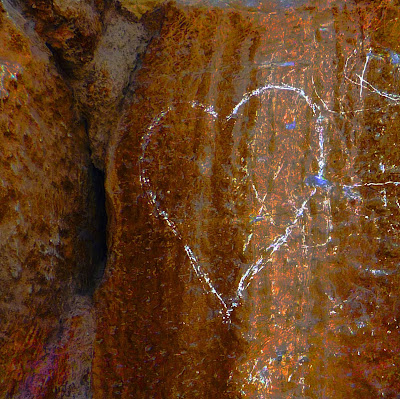 In fact the only hearts we saw carved in stone (this one an enhanced image of graffiti on the pyramids) were from later visitors. Since there have been thousands of years of visitors, the graffiti is ubiquitous and varied. The first to deface some of the tombs were succeeding monarchs who took exception to their followers worshiping their predecessors, so they chipped away at their faces. After the decline, between 300-600AD the Christians lived in many of these tombs and temples, hiding out from the Romans, leaving their graffiti, smoke damage and hook holes in and on the walls. Apparently some of the faces of the gods freaked them out so they chipped their eyes out so they could rest easier. Imagine kids trying to get to sleep with Horus the Falcon Head hovering. 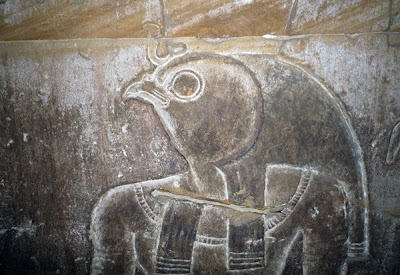 Sand, as anyone who has ever been to the beach can attest, goes EVERYwhere. In your bed, your shoes, your knickers and your suitcase. Living here could not have been pleasant. Somewhere along the line, folks stopped keeping house and the tombs got so filled up with sand that they disappeared. Then some time in the 18th century, an adventurer tripped over the capital of a forty foot column thinking it was a rock (imagine his surprise) and as soon as he started digging, he started with the graffiti all over again. People do love to leave their marks on walls, an early version of self publishing. 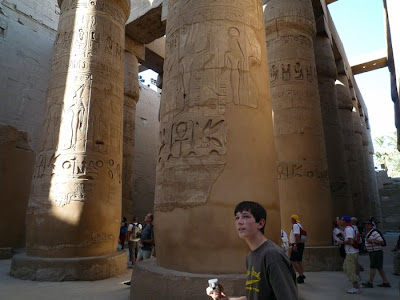 Fact is, today if groundskeepers didn’t sweep these awe inspiring places out on a regular basis, in 50 years they’d be all buried again. Good for the tombs, bad for tourism, which now accounts for 60% of the income of the entire country.
While the Egyptians were inventing calendars, compasses and keystones, the Europeans were still wrapping themselves in animal skins (according to my social studies texts) and living in homes dug in the ground. The advanced achievements of this society are beyond amazing and it is a crime that so many of the images have been defaced. But left behind are stories written in their mysterious language in the forms of little heads, staffs, squiggles, ducks, serpents, bees and you name it. 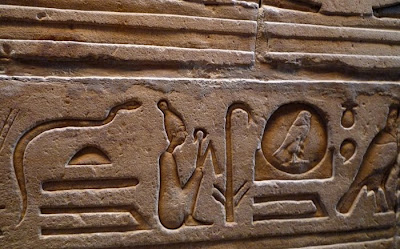 More than anything else I saw in Egypt, these spoke to me, even if I can't be sure exactly what they are saying.
Posted by sara holbrook at 8:09 AM

I enjoyed this blog, Sara! Thank you for sharing.

Amazing photos! Love Franks face in the one above. I love to watch you live your dreams, Mom. And I loved the part about the yo yo dieting hieroglyphics. LOL (PS. I just had to look to see how to spell that word "hieroglyphics." Don't even ask me how I spelled it the first time!

amazing interpretation of the hieroglyphics. Where did that word come from, anyway?

Great question! I have no idea. I just thought they were all fascinating. Talk about choosing your words carefully, imagine if each had to be carved in stone.

Wow Sara, thank you for letting me see a piece of your adventure through this blog. Those stone poems rock. (I know I know...it's late and I'm not very punny.)