"History doesn't repeat itself, but it rhymes." Mark Twain 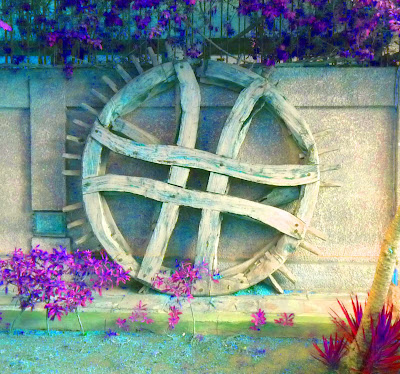 The publishing world is in scale down mode, near to lockdown. Editors and production people are loosing their jobs and major players are not accepting any manuscripts. I suspect this means manuscripts by lesser known authors than say Stephen King, which leaves 99% of authors in a funk.
It's important to remember that before there were big publishing houses with armies of skinny, young editors (all dressed in black mini skirts, black tights and black eyeliner), writers still got their words into the hands of readers. Mark Twain, among many others, sold his books in advance by subscription, eschewing the elite Eastern literati, who after snubbing him still are amazingly enough in control of the market today, almost two hundred years later. These gatekeepers are instructed with formulas for publishing success -- formulas that grant people like Sarah Palin $7Million advances. Any entity that publishes a book ghost written and published inside of six weeks by a guy called Joe the Plumber who is neither named Joe or a plumber doesn't really care about books or even trees for that matter and as far as I'm concerned, deserves to go out of business.
Hugh McQuire in his recent blog: What if the book business collapses points out that maybe the implosion the pubishing industry is experiencing is not all bad. I tend to agree with him. The whole trend toward mega publishers and mega bookstores that allot precious little space for experimental or quirky is scary. Not only does it make my teeth itch, it is bad business since us word consumers have spent the last decade getting all finicky about our entertainment tastes. It's hard to even remember those pre-remote control days when 90% of TV sets were tuned in on Monday nights to the same I Love Lucy episode -- we've diversified as consumers just as the burdens of big publishing sought to support itself on a narrowing field of blockbusters.

Facebook tells me what my relatives are up to and I care a whole lot more about them than celebrity news. Blogs keep me up-to-date on my friends' opinions, which are more important to me than ANYthing Andy Rooney ever focused a biased eye on. I read the news outlets I want to read blissfully ignoring what's on Fox. I download only the songs I want instead of buying an entire album and Amazon tells me what books I'll like based on what I've ordered in the past -- kind of like those old-fashioned, user friendly bookstore owners who found themselves displaced by Clay Akins and expresso machines in the nineties.

If I really like something -- I subscribe to it online, a system that kind of rhymes with Mark Twain.
Posted by sara holbrook at 7:00 PM

So many great thoughts here. I just had the same conversation with another fiction writer - as we watch our opportunities for publication get smaller and smaller...

Keep writing and they will come. At least blogging for us regular folks gives us the illusion someone is "listening"...even if most of it IS self pity and drivel.

Here in Uppsala the old and revered Academic Bookstore (founded 1834) will soon have a new CEO, recruited from the 'other side', the department stores. He claims he will not keep 'narrow titles' in stock anymore (like many Nobel prize winners) - he will only focus on what sells big time, like - you guessed it - Mr S King. It's so sad.

I don't like change. I like my little Andrea's book store in Palatka Fl, even though I do have a borders card in Gainesville. I will never read my paper online, or get an ebook.. I want a bound copy in my hand, better yet a dog eared copy from a dear friend. I still have my fairytale book from my English Grandmother called Waterbabies. I have read it many, many times. I hate cell phones, I have one but never turn it on. I have never texted. I now have Facebook, and those applications people keep sending me drive me nuts. I can copy and paste with the best of them but I am tired of those newsy bits about myself. How many times can you write, "I didn't go to my prom." I think I was born in the wrong century and country. 18 century England would have been more my speed. And i hate microwaves.