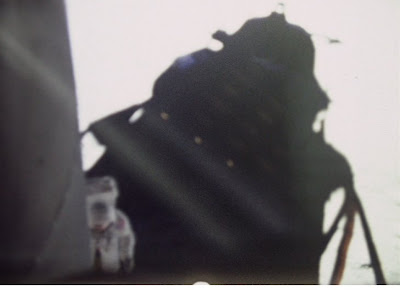 We were in the student center, gathered around a black and white television, a jumble of summer school students. Some jocks there for football camp, the girl who was making up time for playing her french horn to victory as Miss Ohio, people who had transferred and needed extra credit, me who was trying to graduate early and avoiding summers at home. And odd, discordant collection of students and staff brought together because we wanted to watch the original moon walk. The transmission was scratchy, the picture vague, the television bulbous with pre-cable, pre-high def resolution.

No one had a television in their dorm rooms, let alone a microwave, electric toothbrush or electric charger (for anything). Dorm rooms where the only appliances I had was an electric typewriter and one of those heat sticks for making tea. There was one phone in the middle of the hall that we all shared, but it could only receive calls, there was no dialer on it. For that you had to go to the pay phone in the lobby or ask an operator to connect you for a collect call. I did have a hair dryer, one of those inflated bonnet things things that connected you to the fan with a springy life line. The typewriter of my dreams sat on a blond counter top, the Underwood writing machine that was going to last for the rest of my life -- and it wrote in script type. One font and I was so happy.

My grandfather was living in Florida at the time and watched the launch, a man who had traveled by horse and buggy and trains until he signed up for World War I. It was the year after Bobby Kennedy and MLKing were shot. The war in Vietnam, the war I learned later traveling to that country that the Vietnamese call The American War, was raging. We were six months away from the institution of the draft lottery, which I remember listening to on a staticy radio in the office of the student newspaper. The sports editor's birthday was drawn second.

For some reason, a lot of the jocks were for the war and the hippie, student newspaper types were against it. That spring we had listened to a radical priest come and lecture because in those days the Catholic Church was pro-life for the already born. "The pill" had been on the market for a couple of years which changed norms, AIDS was unheard of, hitchhiking was an acceptable form of transportation and people actually played sports in converse high tops. Smoke detectors were invented in 1969, but most of us still cranked our car windows and opened doors with a turn instead of a click. 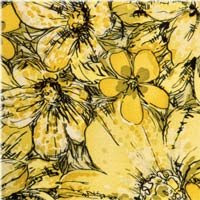 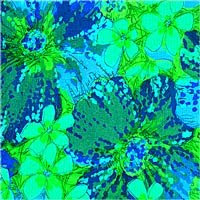 My dad wore a flag pin and had a white belt and white loafers. Campus visits were scary, but family dinners could turn downright hostile. This was the summer of Woodstock, before the Kent State Shootings. Many of us were more innocent than we thought. We were a divided country, but we all came together to watch those first steps.

What have I learned in forty years? Maybe hope is always black and white, far away and somewhat sketchy. Hard to tune in and subject to conspiracy theories. But, when we can embrace it as a community, hope provides common goals, inspiration and occasional smiles among those otherwise on different sides of fences we never stop constructing. Technology progresses in giant leaps while the rest of us move along one small step at a time, and luck is always a lottery draw.
Posted by sara holbrook at 9:25 AM

QUOTE: "Technology progresses in giant leaps while the rest of us move along one small step at a time, and luck is always a lottery draw."

Only a poet could come up with those lines! BTW, lovely post. I'm referencing it for my "writing for new media" workshop. Actually, it's just darn good writing.