Finding Voice in Writing: A Dialogue 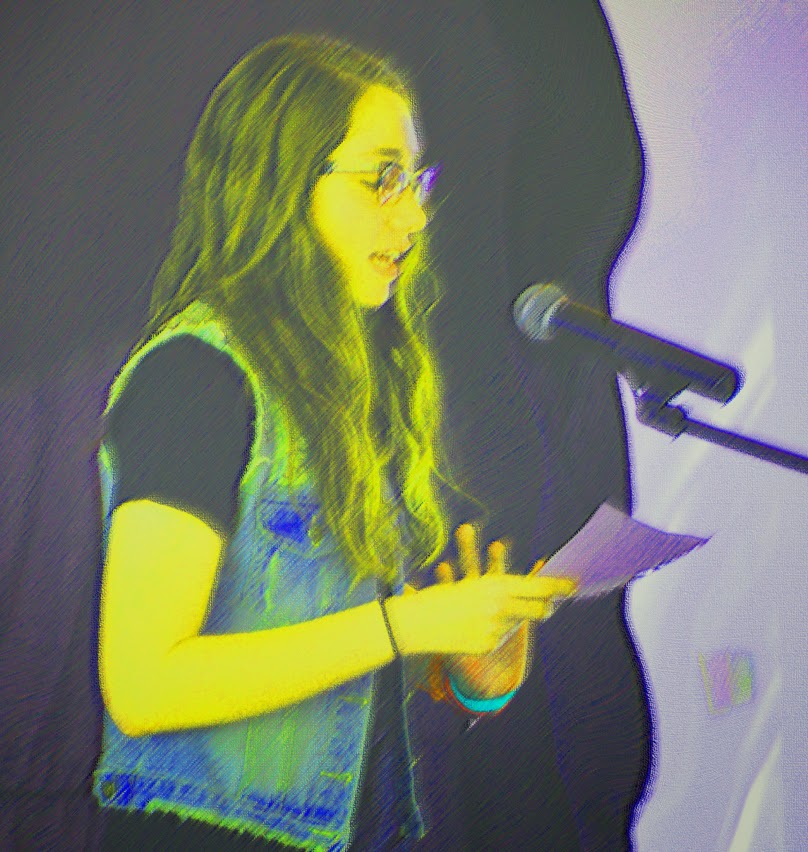 “If you come to my country, you got to understand my language if you want to communicate.” By his own estimation, the man spoke three languages: the projects,housing authority executive, and Citibank.

Ronnie Davis was my boss at the Cuyahoga Metropolitan Housing Authority (CMHA), he the Chief Operating Officer and me the Public Information Officer. He had grown up one of eight children mothered by a single female head of household in the projects in New Orleans and gone on to get an advanced degree in urban planning from Harvard.  Not sure what the odds are against an African American kid doing this, but I think he might have had a better chance becoming a quarterback in the NFL. The phrase “long shot,” doesn't go the distance to describe his life’s trajectory.

I was getting schooled in his office, sitting there in my little navy blue suit and gold button earrings, hands folded on my leather planner having just moved from doing PR at a prestigious international law firm to CMHA.  He explained that the reason my co-workers didn't like me (they didn't) was that I only had one language.  I communicated just fine to the media and the outside world, and he appreciated that, but I wasn't able to communicate with people in the hallway.  My worst offense was that I flinched when I heard what I had always understood to be “bad” language.

Writing lessons don’t always come via a seminar or a workshop. They come from reading and listening to people talk. As Anne Lamott says in Bird by Bird, (paraphrase alert) most of life is like static on the radio, you have to stop and adjust the dial to get the message. Luckily that day I was tuned in because Ronnie was giving me a valuable lesson in voice. Ronnie was a good communicator.  He never sounded like he was putting on an affect or an accent. Call it code-switching or linguistic gymnastics; Ronnie had developed a flexibility in speech that was both effective and genuine. 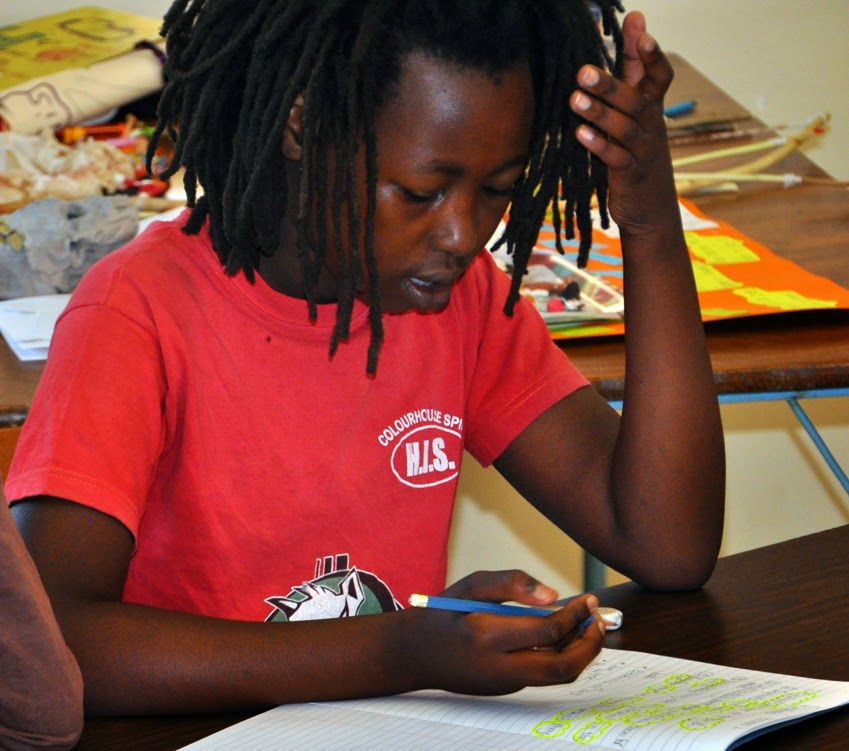 He taught me that finding an authentic voice is output from a centrifuge of author and audience.  When I hear teachers lament that their students struggle with finding authentic voice in writing, I often flash back to me in that navy blue suit, sitting obediently in a chair, trying so hard to do the right thing.  My problem was, due to the lack of diversity in my upbringing, an unrequited desire to be teacher’s pet, and my dear mother, captain of the grammar police, I had grown to believe I had only one right voice. I knew how to speak (in my mind) properly.  But was my idea of “proper” always effective; did it fit the venue?  Worse, was it blocking my ability to listen?

At the time, none of my poetry had been published, but I had been spending evenings and weekends secretly playing around with different voices in my poems.  Here writing as a second grader, there as an adolescent, I was scrolling back the years and finding the voices I had mostly stuffed as a child, the voices that had been strangled by my self-conscious fear of saying the wrong thing.  Most recently, I had spent eight years writing for lawyers whose narrow-eyed stares had beaten even the contractions out of me.  I was in a sad state.

Turns out that poetry is the best place to practice this voice thing since poems are naturally first person narratives. And you get to choose your own point of view. And, they are short! Which means you can practice the same text or writing on the same topic in different voices without attempting Moby Dick.

The following two poems are about love (yeah, yeah, poets always write about love), but they are in different voices.  In order to write the poems, I had to assume the age of the speaker of the poem, sure.  Try it on.  But also, in the case of both poems, I had a particular audience in mind, and I did my best to speak in their language.

Cooties.
Gobbers.
Stinko.
Dread.
Alison got kissed by Fred.
He caught her squarely on the lips,
puckered up and let 'er rip.

Then, Fred‑the‑Lip?
He strut and bragged.
And Alison?
She spat and gagged.

Fred's a rookie,
didn't ask for permission.
Should have known that in kissing,
you play your position.

If he tries it again,
he may get a new twist
from the school's brand new nickname . . .
Alison‑the‑fist.
©1996 sara holbrook, The Dog Ate My Homework, Boyds Mills Press

Like a feather lifts, floating on a breeze,
a pillow rolled behind my neck just right.
Window cracked, a rustling of trees,
I spread my wings to dream of you tonight.

A barely moon set in a starless sky
where we can drift together, then apart.
Imagining the dance, I close my eyes
and tuck beneath your shoulder, ear to heart.

Although I know you’re really blocks away,
inhaling, I can smell you next to me.
I dream about your smile, then press replay,
what was, what is, and what is yet to be.
Our story takes so long to comprehend,
I fall asleep before I reach the end.

Developing voice in our writing isn't something we do once.  It isn't even something we do over and over with the goal of finding that ideal voice.  It is being able to find the right voice for a specific occasion, a particular audience.  In a way, all writing is dialog.

So, how did Ronnie’s language lesson go?  Well, first he made me put my ego in an empty Ball jar he kept on his desk.  (Note: this lesson has been modified to fit the potential audience for this blog).

He made me say mother-socker about 26 times until I could say it without flinching, not even an eyebrow twitch.  He told me, if I wanted to work in the projects, I had to be able to hear what people were saying even if they were speaking a language different than the one I was used to.

He was teaching me how to listen.

And then he told me I should lose the leather notebook, get a yellow pad, and get out of his office.  He didn't have anything to say about the navy blue suit.

The fact is, most of us come to writing wrapped in a suit of our upbringing and along the route we begin to shed those restraints, experimenting with diversity of expression. I have never really adopted that particular compound word as part of my regular vocabulary (well, that one time, with the airlines), but I no longer let it keep me from listening. Listening leads to understanding and feeds my writing, enriching it with quirks and intonation. 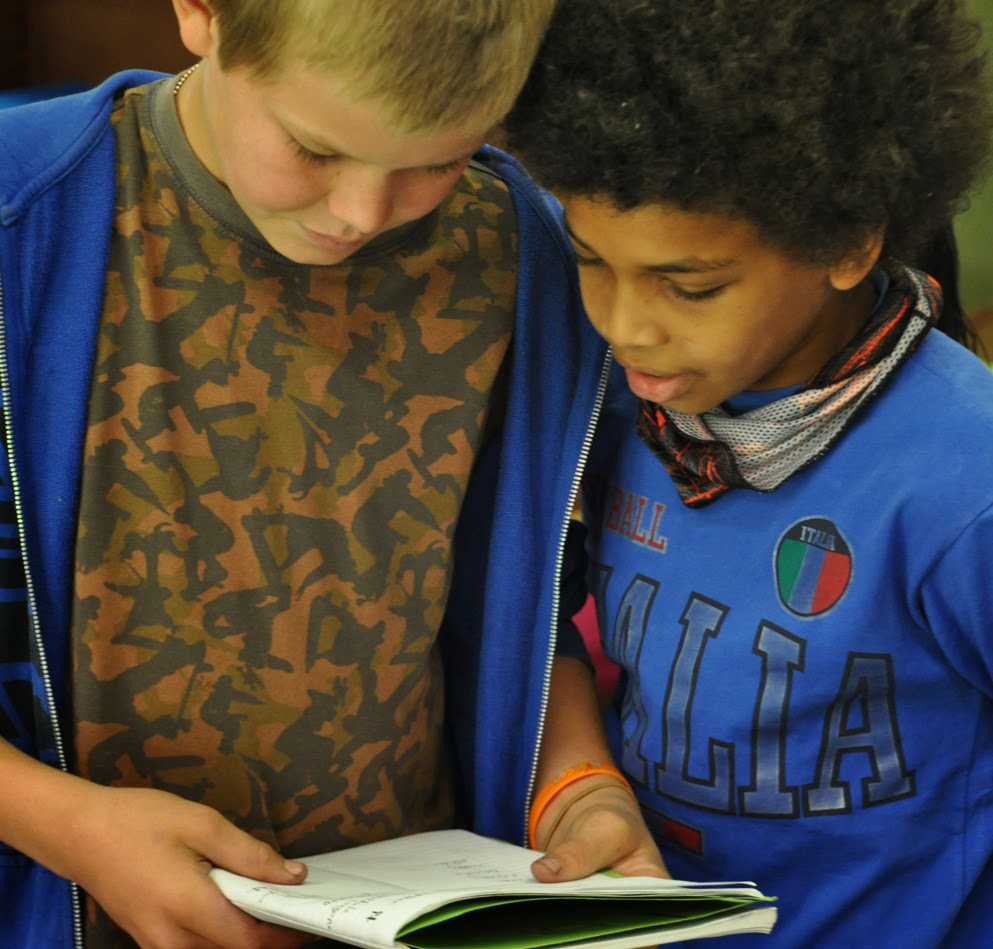 When we write, we want to be understood. Learning how to listen helps me as a writer to find a voice, a language that my intended audience will not only understand, but truly believe.

Do I succeed all the time?  No way.  I am still learning.  And some voices I would never even attempt.  For instance, I have never composed a rap.  Middle-aged, white lady rap.  Think about it.  We all have our limitations.  And I am still searching for the right voice to make myself heard to airline representatives. Swearing (see above) does not help one bit in making myself understood.

Lessons learned.
Finding voice.  It’s a life-long pursuit.
Advice?
First, find yourself an empty Ball jar.
Or, git you a Ball jar.
Or, Hey you! Ball jar. Ego. There.
Your choice.

Fellow English major, Mount Union College: I also cringe at bad grammar, although not as much as I used to. I had to laugh at the fact that you couldn't use the actual MF word in your blog. In my integrated Cleveland high school I used to marvel at what is now called 'code-switching' among my black friends. I sometimes find myself doing that too. Especially when speaking with someone with a thick Southern accent. I always hope that I'm not perceived as making fun of the way someone talks.