I Used to Be, But Now I Am: Repurposed 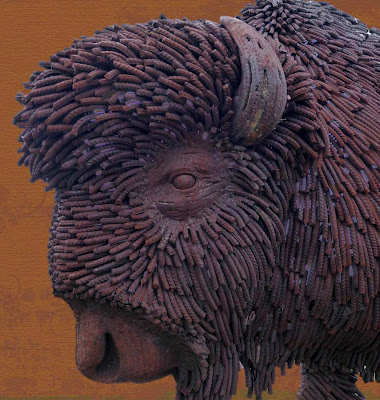 Did you used to wear diapers?  Was there a time when examining your feet was more fascinating than watching the NFL? Are you a former stair surfer and who had the carpet burns on your chin to prove it?

Then grab a pencil or personal device, you have the research in you and you are poised to write. In High Impact Writing Clinics (HIWC), Michael Salinger and I decided to resurrect and repurpose “I used to be, but now I am,” a famous writing exercise that (to the best of my knowledge) was first put forward by Kenneth Koch in his seminal book on writing, Wishes, Lies, and Dreams, originally published in 1970.

Kids love doing these quick writes.  You can call them poetry, story starters, or just plain fun – fun to write, share and illustrate. This writing exercise has been a staple in writing classrooms for over 50 years.

One of the saddest outcomes (one of many) of the No Child Left Behind Act along with their accompanying curriculum driving tests, is that for many kids, particularly those labeled as lagging in literacy and math skills, they never or rarely got/get lessons in social studies and civics.  How is it that history dropped to the cutting room floor?  Easy.  What wasn't on the test wasn't in the curriculum.

I remember one time heading out to a portable classroom in Florida to do a writing workshop with (I think) fifth graders.  "What are they studying in science and social studies?" I asked, thinking since it was a self-contained classroom, we would use their common studies as something to write poetry about.  "Oh, these kids don't get science or social studies," I was told. (insert look of stunned disbelief) "Well, they can't pass the tests in reading and math, so they get reading in the morning and math in the afternoon." It was shocking the first time, but it just became discouragingly familiar as I realized it was a national trend. Arugh.

Trend-buckers that we are, Michael and I are all about writing across kids' lives and their learning. What we like to do with this writing exercise is to first have kids write about their own personal experience.  Sometimes the writing is poignant, often hilarious.  I used to sleep on airplanes, now I throw up in the aisles.  I used to have no teeth, then I had teeth, now I have no teeth again. We have fun looking at ourselves and how we have evolved.

But then we like to grow this exercise, add a little research, and expand our horizons focusing on a changing world.  What was life like for workers before there were unions? How was life for women before they could vote or own property? What was travel like before the steam engine was invented?  Through independent research, students can use their personal reflections as mentor text to build their own comparisons and a deeper understanding of history.

The gun manufacturers have done a bang up job (sorry, couldn't resist) of making sure everyone knows what the second amendment is all about, but what was life like for folks when they didn't have the protection of the 8th amendment?  Fuzzy on that one yourself?  No cruel and unusual punishment, kids, which btw does not mean being grounded from your Xbox for a weekend nor does child labor mean when the parent says, “hey, grab a dishtowel and pitch in.”

This exercise also provides an opportunity for the writer to assume another’s point of view.  In HIWC, we take the point of view of the American Bison, using one citation for the first draft and multiple sources for subsequent versions.  Writing from another’s perspective helps to build not only understanding in the writer, but also empathy as we look at our changing world.

“The consequences of an ignorant population who have no concept of history, the Constitution, social studies, and hard fought battles for basic human rights, are rearing their ugly heads in a myriad of ways in legislatures across the country. The decimation of history and social studies in schools, resulting from what isn't tested isn't taught, means Americans have no clue who or what they are voting for, if they even bother to vote at all.” In a recent blog, an anonymous teacher who calls herself “free to teach,” writes about the long term realities of test driven curricula that limit rather than expand student’s historical visions. The fact that this teacher seemingly feels the need to write anonymously itself is a bit frightening. But her observations go a long way to explain how the public can be so easily persuaded that "ignorance is strength," to quote George Orwell.


We are hoping that teachers use this writing clinic (one of 20) not only to help kids appreciate their own growth, but to look closely at the changes in the world around them.

Posted by sara holbrook at 1:10 PM

This brings back memories of what I often found when I visited classrooms.